Today, I paid 10 bucks to get kicked in the crotch by a funder. Well, not literally, but that’s what it felt like. We had applied for a significant grant (over 100K), in partnership with another organization. Yesterday, we were excited to get an email from this funder asking for the ED to come downtown for a meeting, and to bring copies of the grant application. Sweet! One step closer!

Normally, this is how a grantmaking process works: First, an RFP is released. We review the RFP, figure out if it’s a good match for our mission, rally potential partners, write the application, and submit it. Then we wait. Usually, one of three things happens. The best scenario, of course, is getting a phone call saying we got the grant, in which case, depending on the size of the grant, I close down the office, tell the staff to stop helping disadvantaged clients for the day, and we all go out for ice cream.

The most common scenario is we get a letter saying, “Blah blah, we had 300 applications and there is only so much funding to go around; your application, while strong, did not qualify; we’re available for feedback,” in which case, depending on the size of the grant, I close down the office, tell the staff to stop helping disadvantaged clients for the day, and we all go out for alcohol, and in an inebriated state we beg the bar owner to be a sponsor or at least for some sympathy fries on the house.

A third result is an email or phone call asking us to come in for an interview or a meeting, in which case, a whirlwind of activities happens, including reviewing the grant application (because by then, we’ve forgotten what we proposed, something about helping kids), doing a pre-meeting to determine who says what so that we don’t trip over each other, and determining logistics such as carpooling and whether we should color coordinate our interview outfits and get haircuts.

The interview stage does not automatically mean that we get the grant, but it is exciting to think that we are a little closer to being able to do some cool programming and help some great kids and families. I am on paternity leave, but this was a large grant, so I dragged my fellow ED from the collaborating organization, Sharonne, and one of my staff, James, and we drove downtown, getting there 30 minutes early to review our game plan. James had spent the previous night creating a chart to better illustrate our program model.

We walked into the room, ready to answer questions and dazzle the two grant reviewers, who seemed like nice women.

“So you know how this process works,” said one of the women, “we got 10 applications, and could only select 2. Unfortunately, VFA is not one of the two organizations. However, you came real close and just missed it by a couple of points.”

WTF? We looked at each other, confused. “We have some feedback here for you, and can answer any questions you have. Would you like to hear the feedback?”

Silently, we nodded, thinking this was the most bizarre meeting ever. She went through a long list of feedback about our applications, both good and bad, and we sat there, stunned, like we were in some weird sort of nonprofit twilight zone.

“Yes,” I said, “when did the notice about the grant go out? Did you send a letter saying that we didn’t get this grant? Because we didn’t get any notice…”

The women looked at each other.

“Well, uh, no, sorry, I know it’s a little cryptic when we called you in, but we didn’t want the word spreading about who got and didn’t get the grant, so we, um, wanted to call you in and talk to you, and THEN we send out the notices.”

I was trying hard to control my temper, and I could feel the anger rising in Sharonne and James.

“We feel blindsided,” I said, “Normally we get a rejection letter or phone call, and then we ask for feedback. We are used to rejections, so that is not the issue. You don’t call people in, leading them to think that they are advancing in the process, only to tell them they didn’t get the grant.”

“Well, uh, that’s the process that [our supervisor] set up.” She looked at her colleague. “That’s funny, this is the first time we’ve gotten this feedback.”

“I don’t appreciate this,” I said. I had had all of two or three hours of sleep each night for the past 18 days and was in no mood to be extra nice.

“Your assistant asked us to bring in copies of our grant application,” said Sharonne, “why would we bring copies if it’s just a feedback session?” She had driven over an hour to get to this meeting.

“Well, uh, we see what you mean,” one of the women responded, “we certainly didn’t need copies. We have so many!—“

“Which we thoroughly reviewed,” the other woman chimed in cheerfully.

“We’ll talk to our assistant,” they said.

We left, feeling extra crappy. Not getting the grant is one thing, and something that all nonprofits are used to even though it hurts each time, but driving all the way downtown and wasting our time preparing for this meeting only to get 5 minutes of feedback that could have easily been delivered by phone, simply because they didn’t want word spreading prematurely—that sucks. Since this was downtown Seattle, we wasted 20 bucks on parking the two cars, making us all feel like we each paid to get kicked in the gonads, and not in a good way.

“Let’s go get a drink,” I said, and others thought it was a great idea. After a mimosa in each of us at 11:37am, the episode seemed hilarious. This was hysterical! Ha, James stayed up making a chart! Sharonne drove up from Olympia! Me spending several minutes this morning figuring out if I should wear my red button-down shirt, which conveys power, or my purple striped button-down shirt, which conveys practicality. (I chose the purple one). We didn’t get the 100K grant that we had spent hours working on! It was really, really funny!

I love this work. It is never boring, even on some days when I wish for it to be.

Our waitress was extra nice when we told her what happened. “Keep trying,” she said. I should have asked her for some sympathy fries. 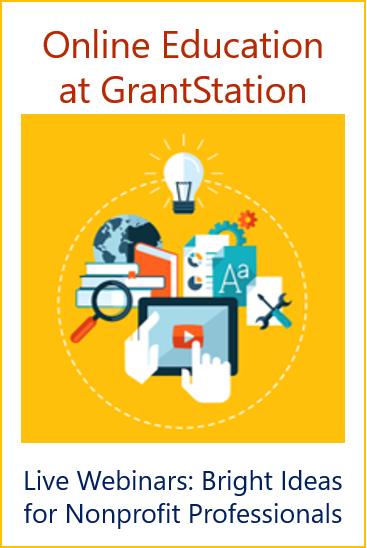